In a research report published today, Piper Jaffray analyst Joshua Schimmer reiterated an Overweight rating on GW Pharmaceuticals PLC- ADR (NASDAQ:GWPH) with a price target of $147, after the company hosted a call to review summary data from investigator sponsored trials of Epidiolex for refractory seizures which were presented at the AAN conference.

Schimmer noted, “The results remain robust and consistent with the strong, differentiated profile which has been described previously for both Epidiolex and dispensary-procured CBD. GWPH is also moving to add Tuberous Sclerosis Complex on the development path for Epidiolex. We continue to believe investors underestimate both the probability of success for Epidiolex in seizures and beyond (autism?) as well as the market opportunity which lay ahead, as well as the ability to lifecycle manage by introducing new cannabinoid combinations.” 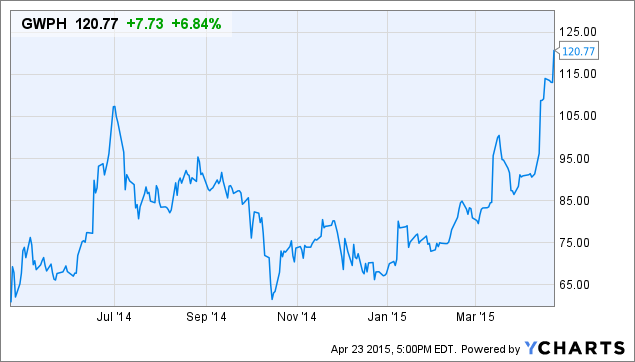