Piper Jaffray analyst Gene Munster came out with some predictions on Facebook Inc (NASDAQ:FB) after more deeply analyzing the company’s virtual reality system, Oculus. The analyst reiterated an Overweight rating on the stock and boosted the price target from $92 to $120. Shares of FB closed yesterday at $82.51, down $0.40, or -0.48%.

Munster noted, “Over the next 10 years, we expect a shift in the way that humans interact with machines from smartphones and PCs toward wearables and integrated electronics that enable virtual reality and augmented reality. We believe FB is the best play on the next computer paradigm of virtual reality.”

“Big picture: Oculus is a valuable insurance policy, and gives us greater confidence in Facebook’s ability to sustain usership and revenue growth across its portfolio of products over the next 10+ years which is a positive for FB’s multiple. We reiterate our Overweight rating and raise our target to $120, based on our revised target multiple to 34x CY16 EV/EBITDA plus cash vs our prior 30x CY15 EV/EBITDA”, the analyst continued.

Out of 47 analysts polled by Tipranks, 43 rate Facebook a Buy, 3 rate the stock a Hold, whereas only 1 recommends a Sell. With a return potential of 18.49%, the stock’s consensus target price stands at $99.77. 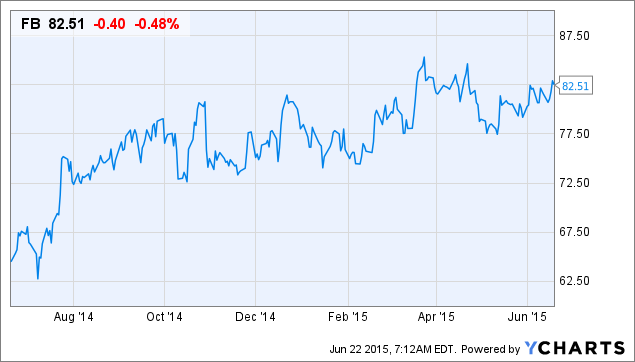