Piper Jaffray analyst Gene Munster came out with a research note on Facebook Inc (NASDAQ:FB), reiterating an Overweight rating on the stock, with a price target of $146, after Facebook-owned Oculus VR hosted its second-annual developer conference, Connect 2, and announced an array of new software and hardware that will become available to consumers beginning this November.

Munster commented: “The VR theme is building momentum. Today at the Oculus Developer Conference (Oculus Connect 2) Facebook/Oculus announced a 50% price cut for the Gear VR (mobile VR solution) headset to $99 (goes on sale this November). Also announced was Gear VR will work with five phones vs. three in the past, along with new content partners. The significance of these announcements is that a better VR experience is now available to a larger market and the critically important content is growing. On the Oculus Rift front (expected to ship in 1Q 2016), the company announced new partnerships with Dell, Alienware and Asus to bring sub-$1,000 computers to market to run Oculus Rift, compared to current prices of $1,200-$1,500.”

Out of the 46 analysts polled by TipRanks, 41 rate Facebook stock a Buy, 4 rate the stock a Hold and 1 recommends a Sell. With a return potential of 15.4%, the stock’s consensus target price stands at $110. 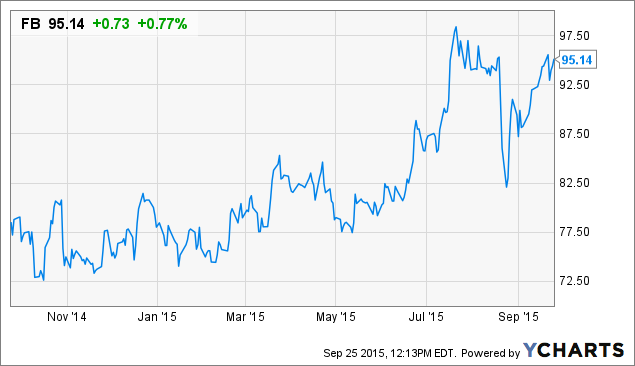