In a research report published Wednesday, Piper Jaffray analyst Gene Munster reiterated an Overweight rating on Facebook Inc (NASDAQ:FB) with a $92 price target, which represents a potential upside of 11% from where the stock is currently trading. The report follows today’s opening keynote at Facebook F8 developers conference.

Munster wrote, “The biggest announcement, as expected, was Facebook moving to enable Messenger as a platform for third party developers. Aside from Messenger, the other major announcements were around embeddable Facebook videos, an expansion of its LiveRail ad platform, and Parse as an Internet of Things (IoT) platform. Overall we view these announcements as positive for Facebook, but largely in-line with expectations.”

The analyst continued, “Facebook announced that 600 million people use Messenger monthly vs the 1.4 billion that use Facebook and 700 million on WhatsApp. The company’s platform strategy is primarily focused on enabling users to share rich content from partners and interact directly with brands. For sharing content, users can download companion apps on their phone.” “Furthermore, “In the future, we believe this could extend to games. For connecting with businesses, Messenger is enabling early partners Zulily and Everlane to engage in one-on-one messaging with customers which includes shipping updates, customer service, and even sales.” 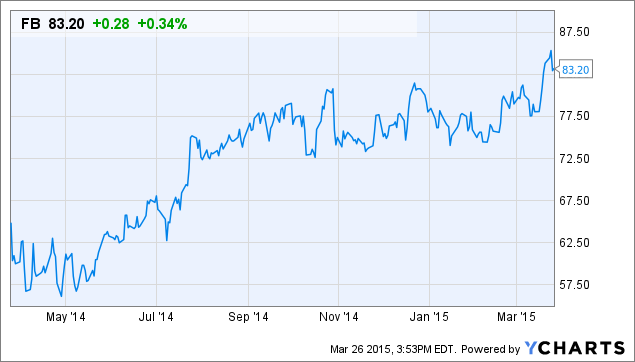