In a research report released Tuesday, Piper Jaffray analyst Joshua Schimmer reiterated an Overweight rating on shares of Incyte Corporation (NASDAQ:INCY) with a price target of $130.00, after holding a meeting last week with INCY’s CSO Reid Huber and CFO David Gryska. The analyst came away from the meeting with a much greater appreciation for the research engine which makes the company unique.

Schimmer noted, “With the oncology field expanding and evolving rapidly, INCY has an impressive ability to weave its way through a seemingly endless array of target and development options to position itself for multiple attractive shots on goal. This requires the ability to see the ‘bigger picture’ and integrate multiple data points as they evolve. Our discussions last week with Reid Huber, the company’s CSO, reinforced this view, as he explained themes like immunosuppressive macrophages, Tregs, myeloid derived suppressive cells and targets like GITR and OX40. Down the road, these approaches may become more of a focus than IDO or potentially even PD-1, as INCY is among a handful of companies best positioned to lead cancer therapeutics into the next era, in our view. He also credited the team around him as well as INCY’s premiere medicinal chemists.”

Bottom line, “INCY benefits from a highly capable and thoughtful scientific team, has the cash flow and resources to leverage its internal capabilities in target identification and drugging, and offers the nimbleness of a smaller company. With an explosion of opportunity in oncology, INCY is one of the few players with a vast array of options and strategies to choose from and a talented team to ensure that enough of its choices succeed.”

Out of the 9 analysts polled by TipRanks, 8 rate Incyte stock a Buy, while 1 rates the stock a Hold. With a downside potential of 16.4%, the stock’s consensus target price stands at $96.38. 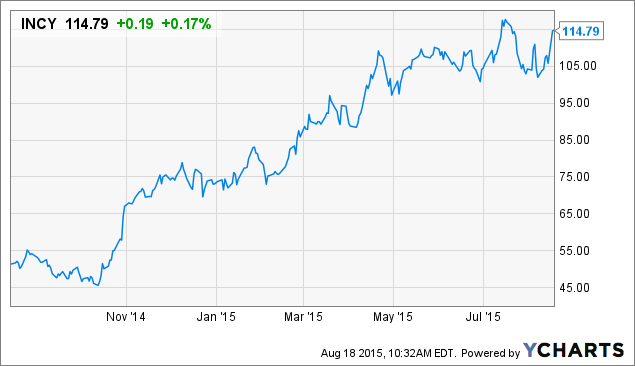