In a research report published Friday, Piper Jaffray analyst Gene Munster maintained an Overweight rating on Yelp Inc (NYSE:YELP) with a price target of $70, which implies an upside of 49% from current levels.

The analyst believes that there are opportunities for Yelp to expand booking tools that would drive long-term revenue growth. He noted, “We see the benefits of bookings — through both subscription and commission revenue models — including an improved Yelp user experience, likely new revenue streams, and increased retention of Yelp’s advertiser base.”

“The primary platforms are SeatMe (subscription model), Eat24 (per-transaction model), and OpenTable, along with 13 other current platform partners. Our near-term (March quarter and June guide) visibility remains limited, but over 12 months we continue to be bullish on shares of YELP given the company’s trajectory of small business discovery and transactions.”, the analyst added. 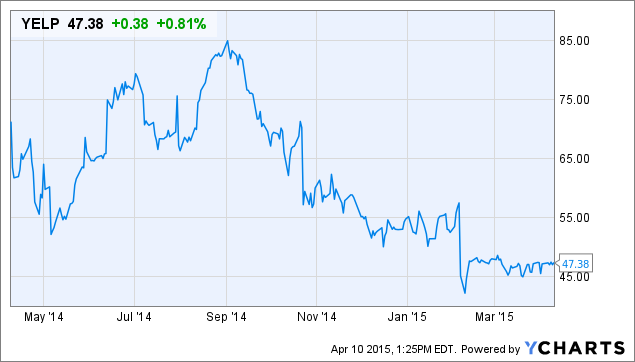