In a research report released today, Piper Jaffray analyst Charles Duncan reiterated a Overweight rating on Inovio Pharmaceuticals (NASDAQ:INO) with a $29 price target, as the company recently announced that it is moving its Ebola DNA vaccine into Phase I
trials with GeneOne Life Science.

Duncan wrote, “The collaboration will last at least through Phase I development and a trial is expected to commence 1H15. If positive data is reported, the companies will seek outside development funding, likely from a U.S. government source, we believe. This announcement comes during a period in which many Ebola vaccine programs are surfacing; however, we see Inovio’s method of producing vaccines for diverse antigenic reactivity potentially overcoming Ebola’s propensity for mutation, broadening vaccine efficacy and resulting in best-in-class or at least a differentiated profile. We believe this Ebola collaboration further supports our thesis that Inovio’s DNA vaccine platform has broad applicability to infectious diseases, as well as precancerous conditions and cancers.” 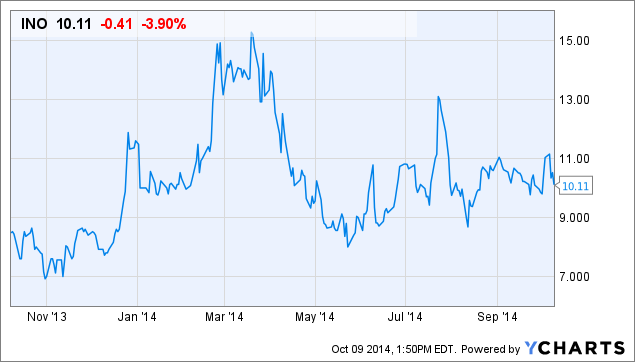