GoPro Inc (NASDAQ:GPRO) received another set of praises from Piper Jaffray in a research report released a few minutes ago. The research team, led by analyst Erinn Murphy, maintained an Overweight rating on GoPro stock and upgraded the price target to $72, up from the previous $68. The increased price target follows GPRO’s second quarter earnings report in which sales were up 72% and EPS was up 315% Y/Y.

Murphy wrote, “The ongoing robust growth of the brand was underscored by management’s Q3 guidance in which sales are forecasted at $435M- $445M, significantly above our former $386M estimate and the Street’s $401M. Q3 EPS is now forecasted at $0.29-$0.32 (Street: $0.22). We are encouraged by the continued traction GoPro is gaining with their content globally and the new revenue opportunities with GoPro’s recently announced licensing model. We are raising our FY15 from $1.72 to $1.90 and inching up our FY16 EPS to $2.12. While our estimates are higher, we still believe they are very conservative–particularly Q4. We are buyers of GPRO shares.” 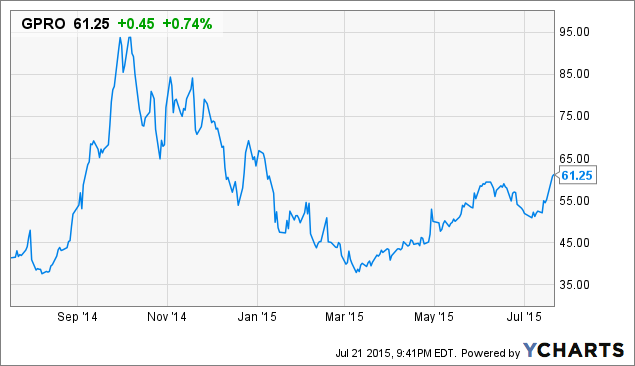