Piper Jaffray analyst Joshua Schimmer was out pounding the table on Gilead Sciences, Inc. (NASDAQ:GILD) Friday, reiterating an Overweight rating and raising the price target to $131 (from $120), which represents a potential upside of 13% from where the stock is currently trading.

Schimmer wrote, “As we pass the midway point of 2015, we’re refreshing our thinking on our coverage universe. For GILD, the company’s HCV launch in the U.S. has stagnated but there is still plenty of opportunity for ex-U.S. growth. As payors still won’t let HCV patients flow through the system easily, GILD is hoping ongoing education and campaigning will change this.”

The analyst continued, “Regardless, with a depleting pool of patients, GILD needs new growth drivers to expand its multiple. New TAF-based regimens for HIV will help, as will its emerging CV franchise, but investors broadly expect the company to pull off a transformative M&A transaction and given its track record in doing so plus the myriad of options to leverage its current franchises, this seems likely.”

Bottom line: GILD trades at the lowest multiple amongst large-cap biotech peers, but also has the poorest growth outlook. However, the analyst believes this will change if/when the company makes another bold acquisition to transform its growth potential. Given massive cash-flows from its existing business the company can afford to take a couple of meaningful M&A shots on goal.

Out of the 20 analysts polled by TipRanks, 18 rate Gilead Sciences stock a Buy, 1 rates the stock a Hold and 1 recommends to Sell. With a return potential of 7%, the stock’s consensus target price stands at $123.35. 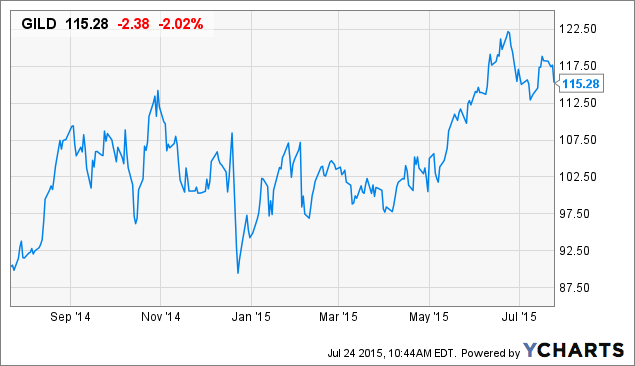