Piper Jaffray analyst Gene Munster came out with his views on Facebook Inc (NASDAQ:FB), after Oculus, the VR firm bought by Facebook, held an event entitled “Step into the Rift” where it announced a partnership with Microsoft Corporation (NASDAQ:MSFT) and gave some finalized details about the Oculus Rift.  The analyst reiterated an Overweight rating on Facebook with a price target of $92.00.

Munster commented, “We believe as investors’ awareness of VR increases, Facebook’s multiple will increase given the size and sustainability of the VR theme.” Further, “Although Oculus Rift won’t have a meaningful impact to earnings for the next couple of years, we believe this is the first step for virtual reality and we believe the Next Mega Tech Theme Is Virtual Reality.”

Moreover, “Although specifics around timing were missing from today’s event, they did note that it would be available in Q1 2016. Pricing is still up in the air and based on Brendan Iribe’s comments in May at the Re/code conference we expect an all in cost of around $1,500 (Oculus Rift + High Powered Computer), or around $400 – $500 for the Oculus Rift and Xbox One controller.”

Out of the 46 analysts polled by TipRanks, 42 rate Facebook Inc. stock a Buy, 3 rate the stock a Hold and 1 recommends a Sell. With a return potential of 4.7%, the stock’s consensus target price stands at $85.69. 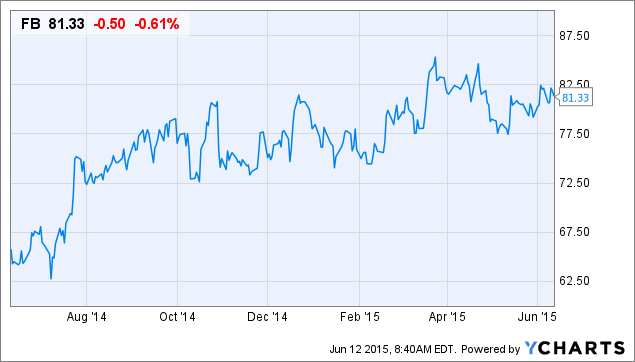