Murphy noted, “During the presentation, management reiterated the action camera TAM is significantly larger than their current run rate and spoke bullishly on opportunities in new verticals and early results in China. We note our proprietary Amazon Relative Strength Index and Ambarella analysis indicate significant near-term upside to consensus estimates. In our view, the consumer brand affinity for GoPro is underappreciated by investors and nicely positions the company for both product extensions and media monetization further down the road.”

“We remain highly confident in our estimates for this year and believe they will prove conservative. Shares were weak today on a competitor’s comments this morning and we’d take advantage of this weakness to add to positions.”

Out of the 16 analysts polled by TipRanks, 10 rate GoPro stock a Buy, 5 rate the stock a Hold and 1 recommends a Sell. With a return potential of 9.8%, the stock’s consensus target price stands at $$63.57. 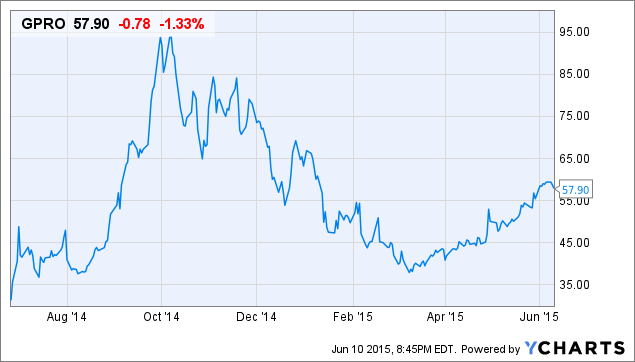