In a research report released Monday, Piper Jaffray analyst Erinn Murphy maintained an Overweight rating on shares of Fitbit Inc (NYSE:FIT) with a $60 price target, which represents a potential upside of 70% from where the stock is currently trading.

Murphy wrote, “We would be buyers of FIT this morning following learning that Fitbit is rolling out across Macy’s, nationwide. We view this as a significant catalyst near-term into the Fall/Holiday season. Longer term, we see this as a positive partnership. Shares of FIT have pulled back significantly in the last few days pressured by broader market concerns with a tough tape for tech names in particular. That said, we believe the compelling fundamentals for the company remain intact and see this opportunity as another lever for upside.”

“Having confirmed with management, Fitbit will be in ~650 doors prior to the holidays and our checks suggest they are close to 75% of the way there. Fitbit displays vary by location but include displays within the fashion watch, men’s and athletic departments–disruptive for KORS and FOSL,” the analyst added. 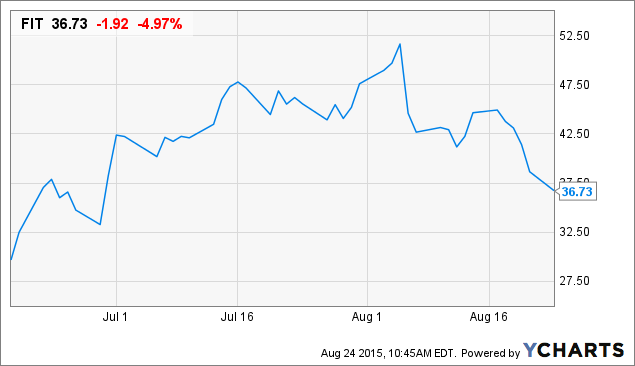