In a research report published Wednesday, Piper Jaffray analyst Joshua Schimmer reiterated a Neutral rating on MannKind Corporation (NASDAQ:MNKD) with a $7 price target, following the company’s fourth-quarter results, which were generally in line with expectations.

Schimmer noted, “Afrezza launch is underway by partner SNY, and MNKD is now turning its attention to leveraging its TechnoSphere platform to expand its pipeline. We remain Neutral on shares as we track the Afrezza launch and await specifics as to which new programs it will now advance into the clinic.”

Furthermore, “Commercial manufacturing of Afrezza is underway and yields are better than expected. Additional capacity will come online in 2Q. MNKD notes it is staying ahead of demand even though sampling is ahead of initial expectations. An sNDA for a 12U cartridge has been filed and should be approved in 2Q. Interestingly, as the launch progresses, it will not pass through the P&L for the time being but we expect financial disclosures to help gauge its progress.” 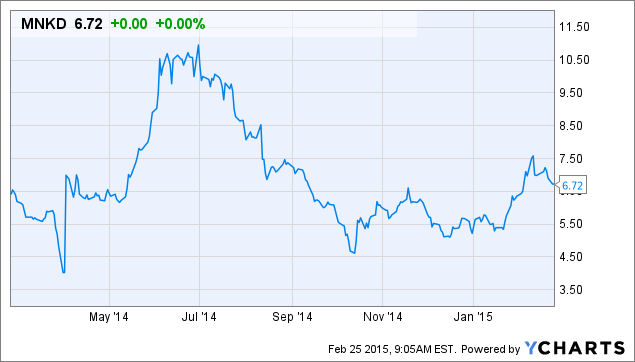