Piper Jaffray analyst Joshua Schimmer weighed in today with his views on Avalanche Biotechnologies Inc (NASDAQ:AAVL) after the company reported its highly anticipated results of the P2a for gene therapy AVA-101 for treatment of wet AMD (age-related macular degeneration) yesterday after market close. Schimmer reiterated an Overweight rating on the stock with a price target of $52.00, which represents a potential upside of 34% from where the stock is currently trading.

Schimmer noted, “Overall, it’s still early, but the data is largely in line with our expectations, showing what we believe is real biological activity in a subset of responders with a meaningful reduction in injection frequency, along with improvements in BCVA, but also with plenty of room for improvement. Our overall positive outlook for AAVL looks beyond this data and towards its expanding gene therapy pipeline and vector evolution strategy, which is underappreciated in our view.”

Furthermore, “While many have expressed disappointment in management’s handling of the results release and call, there is only so much they could do with an early limited dataset; don’t hate the player, hate the game. We recommend jets be cooled and the company be given the opportunity to hone in on a group of wet AMD patients most likely to respond to ‘101 therapy in the upcoming P2b trial and to further analyze these P2a results.”

Out of the 4 analysts polled by TipRanks, 3 rate Avalanche stock a Buy, while 1 rates the stock a Hold. With a return potential of 22.6%, the stock’s consensus target price stands at $47.67. 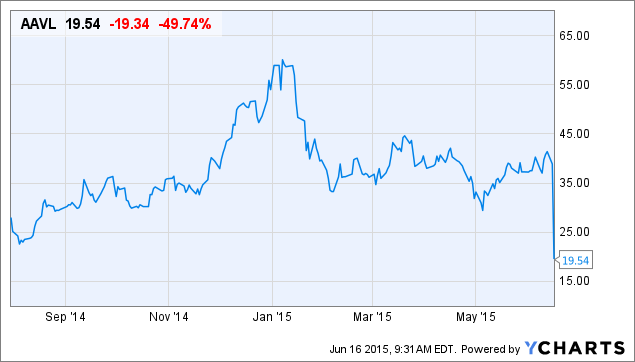