In a research report released today, Piper Jaffray analyst Joshua Schimmer reiterated an Overweight rating on shares of Biogen Inc (NASDAQ:BIIB), but slightly reduced the price target to $485 (from $500), which implies an upside of 18% from current levels. The decreased price target comes after the company reported a lackluster first quarter-results this morning, sending shares down 6.63%.

Schimmer noted, “While we remain positive on shares due to the substantial upside if aducanumab actually does impact outcomes in Alzheimer’s or if other wild-card shots on goal work out, the company has a long way to go before it can be considered a top pick again for us.”

Furthermore, “While we’re running out of patience with the lack of an obvious program emerging to anchor around, especially as the base business flounders, we’ll still give the team time to turn things around, as this is an exciting time in drug development and we see an opportunity for the company to meaningfully upgrade its pipeline and shift away from its highly speculative programs before patent issues around Tecfidera further compound BIIB’s problems.” 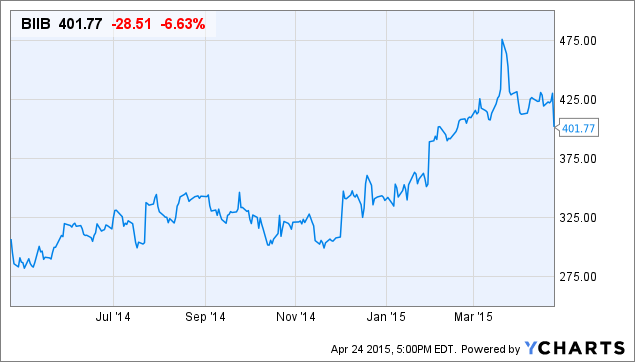