In a research report published Friday, Piper Jaffray analyst Joshua Schimmer reiterated an Overweight rating on shares of Avalanche Biotechnologies Inc (NASDAQ:AAVL), and reduced the price target from $30 to $25, after the company released its second-quarter results, in which the company disclosed that it is no longer proceeding with the planned Phase 2b study of AVA-101 in wet-AMD based on further analysis of the Phase 2a data.

Investors reacted negatively to the news, sending Avalanche Biotechnologies shares down 26.39% to $10.18.

Schimmer noted, “Overall, we see this as an opportunity for the company to move on and focus on its earlier stage pipeline candidates, as AAVL’s expertise in gene therapy for retina conditions still positions it as a leader in the field.” The analyst continued, “We are shifting AVA-101/201 wet-AMD revenue further out to reflect additional time to market and are also lowering operating expense assumptions to reflect reduced cash burn.”

Bottom line: “With the recent resignation of the CEO, the company has an opportunity to reshape its strategy and we await updates over the course of the year. AAVL continues to expand its portfolio of vectors and promoters, which opens up a wide range of diseases beyond wet-AMD, so we would not be surprised to see the company continue to look into the orphan ophthalmology space or additional areas of ophthalmology for new opportunities.” 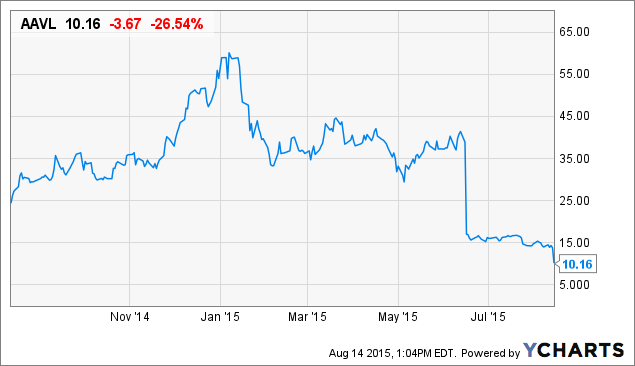