Shares of Biogen tumbled 12% today following the news that the company’s first drug intended to repair nerve damage in multiple sclerosis patients failed to hit its primary goal in a mid-stage clinical trial.

Schimmer commented, “While many investors were thinking the company would find some inconclusive reason to advance this program into P3, it sounds like the data were so underwhelming that even this may be a challenge. It’s been frustrating to see BIIB deteriorate over the past five years from a company with the strongest late-stage pipeline to one that appears highly speculative and with growing competitive threats, essentially swapping places with LLY (which in contrast has greatly improved its pipeline and positioning over this timeframe). Strategically, we believe it is time for some change at BIIB as it’s becoming more of a ‘turn-around’ story. Value investors are likely to see an opportunity here and in particular hope for the Alzheimer’s platform, but this is a large cap biotech and one who’s future shouldn’t rest so heavily on such speculative assets, in our view.”

The analyst reiterated a Neutral rating on Biogen shares, with a price target of $293, which represents a potential upside of 15% from where the stock is currently trading. 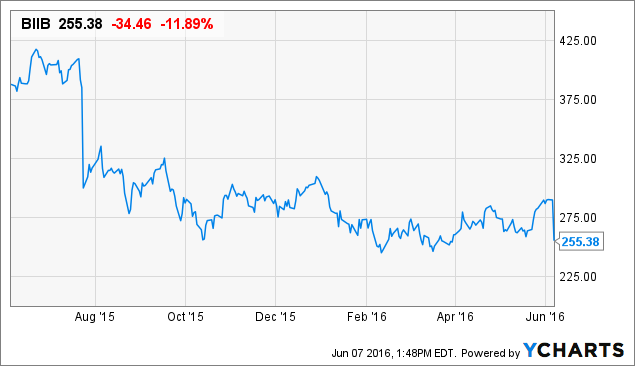 Shareholders of Alexion are having a rough day as the company’s stock is down over 10%, after the drug maker announced phase 3 data for Soliris in myasthenia gravis (gMG), which missed statistical significance on the primary endpoint.

Following the news, Schimmer reiterated an Overweight rating on shares of Alexion Pharmaceuticals, with a price target of $212, which represents a potential upside of 53% from where the stock is currently trading.

Schimmer wrote, “While the study failed to meet the primary efficacy endpoint of change from baseline in Myasthenia Gravis-Activities of Daily Living Profile (MG-ADL) total score at week 26 (p=0.0698), meaningful improvements were observed in all three secondary efficacy endpoints as well as 7/8 prospectively defined pre-specified sensitivity analyses. In looking at the totality of the results, we are highly encouraged by the positive data especially the proportion of patients with at least a 5-point reduction in QMG total score, which we believe translates as a meaningful benefit and should support accelerated approval.”

Out of the 16 analysts polled by TipRanks, 10 rate Alexion stock a Buy, while 6 rate the stock a Hold. With a return potential of 43.3%, the stock’s consensus target price stands at $198.73. 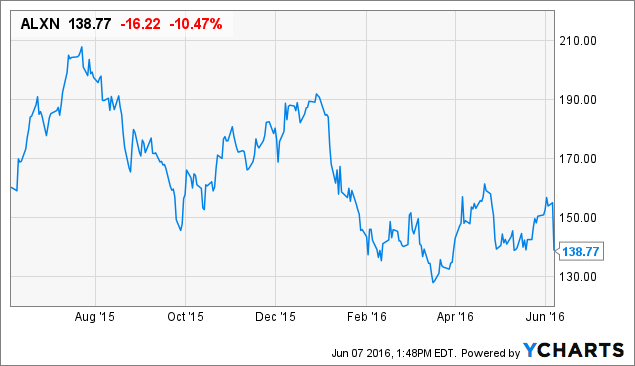