PetSmart To Be Sold; UBS Raises Price Target To $83

UBS analyst Michael Lasser weighed in with his thoughts on PetSmart (NASDAQ:PETM), reiterating a Neutral rating and raising his price target to $83 (from $77), as the company will be acquired by a consortium of private equity firms for $83 per share.

Lasser wrote, “We think it’s a full and fair price and there are unlikely to be other bidders. With a transaction value of $8.7 billion, it’s a big deal. While we don’t think it will necessarily usher in a new era of increasingly larger leveraged buyouts in hardline retail, it’s sure to draw attention and shows that not a lot is off the table at this point.”

The analyst added, “As a privately-held company, PETM will have the chance to make some longer-term decisions, such as investing in its omni-channel experience, without having to meet the market’s short-term expectations. Also, it could have the opportunity to build on the $200 mm in cost savings that it committed to last quarter.” 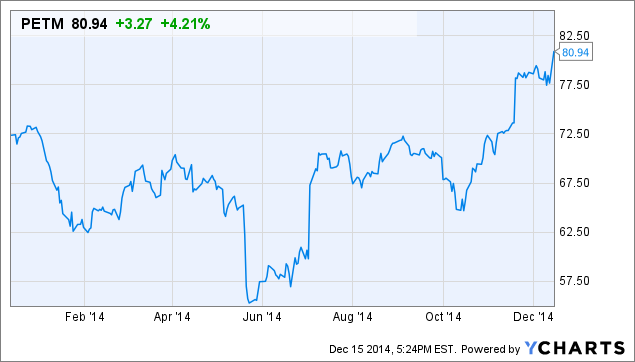