In a research report released Monday, Brean Capital analyst Difei Yang reiterated a Buy rating on shares of Pernix Therapeutics Holdings Inc (NASDAQ:PTX) with a price target of $14, as she believes that the company was conservative in its 2015 guidance, in particular on the revenue side, and could beat its own guidance.

Yang wrote, “Net revenue for 2015 is expected to fall in the range of $170 million to $180 million and adjusted EBITDA in the range of $30 million to $35 million. Both measures were lowered compared to the previous $220 million to $240 million projected revenue and $45 million to $55 million adjusted EBITDA. While we acknowledge that the previous revenue range may be a stretch given the hiccup experienced by the company starting in Q1 this year, we view the current revision as being overly conservative. We believe that there is a high likelihood for the company to beat its own guidance, especially on the revenue side. Since the company is trading at a significant discount to its peers, we decided to leave the upside of over-delivering on guidance out of our forecasts for now.”

The analyst continued, “Management explained the new guidance took into account the timing of the commercial team realignment and potential disruption to operations. Given that the nationwide Pernix Pharmacy Direct Program (PPD) will be launched next August, which will enable patients to receive prescriptions regardless of their insurance plans and coverage, and Zohydro ER will be off Express Script exclusion list, we believe the company is positioned well for 2016.”

According to TipRanks.com, which measures analysts’ and bloggers’ success rate based on how their calls perform, analyst Difei Yang has a total average return of -3.3% and a 35.0% success rate. Yang has a -36.2% average return when recommending PTX, and is ranked #3286 out of 3764 analysts.

Out of the 5 analysts polled by TipRanks, 3 rate Pernix Therapeutics stock a Buy, while 2 rate the stock a Hold. With a return potential of 266.5%, the stock’s consensus target price stands at $11.88. 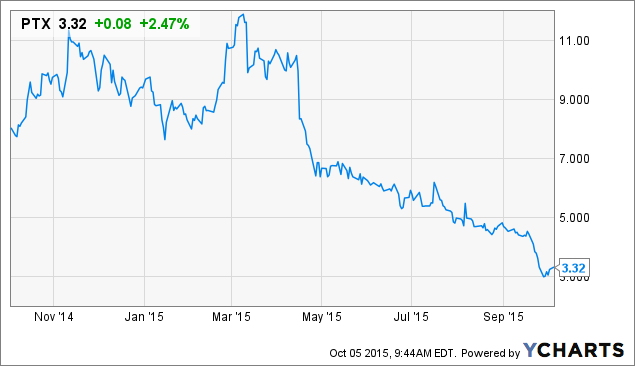