Netflix, Inc. (NASDAQ:NFLX) shares jumped 18% today after the online video streaming company posted second quarter earnings beating Street expectations with third quarter guidance that was also better than expected. In response to the earnings announcement, Wedbush analyst Michael Pachter came out with a research report on Netflix, reiterating an Underperform rating with a $40 price target, which reflects a potential downside of nearly 65% from today’s closing price.

In explaining his negative stance, Pachter noted, “We believe that content costs will continue to rise as Netflix grows its footprint, and believe that content owners will demand participation in any future price increase, driving content costs higher as a percentage of revenues. We are skeptical that Netflix’s “originals” strategy will achieve critical mass sufficient to drive meaningful profitability over the next several years. We also expect meaningful competition in 2016 and beyond, resulting in slowing subscriber growth.”

The analyst added, “We believe Netflix’s high valuation is unwarranted given the potential for slowing domestic growth coupled with decreasing international profitability.”

Out of the 42 analysts polled by TipRanks, 30 rate Netflix stock a Buy, 9 rate the stock a Hold and 3 recommend Sell. 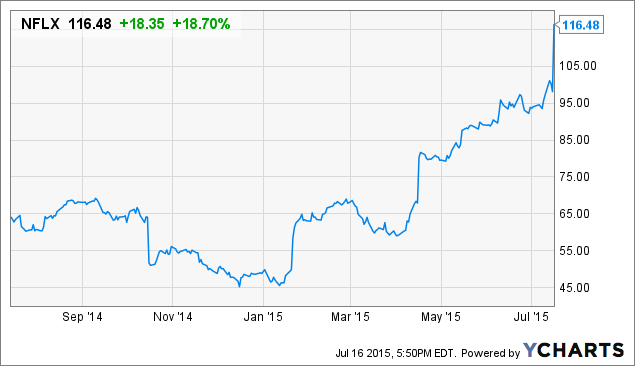