Canaccord’s healthcare analyst Corey Davis weighed in with a few insights on Pacira Pharmaceuticals Inc (NASDAQ:PCRX), after the company announced that it is suing the FDA over FDA’s Warning Letter last
September that has impeded Pacira’s promotional efforts on Exparel since February 2015. The analyst rates Pacira shares a Buy with a price target of $76, which implies an upside of 26% from current levels.

Davis observed, “We think this could be the catalyst that’s been lacking in the stock and we should know the answer on the Preliminary Injunction in 2-4 months. If successful, Exparel should start to see a re-acceleration of revenue growth as early as late this year, which would be a meaningful stock-mover for one that has been pummeled this year, in our view.”

The analyst added, “Based on the recent win from Amarin using primarily a 1st Amendment argument, and given it appears PCRX has an even more potent argument that FDA violated APA rules, we give it a 75% chance for success.”

Out of the 10 analysts polled by TipRanks, 7 rate Pacira stock a Buy, while 3 rate the stock a Hold. With a return potential of 38%, the stock’s consensus target price stands at $83. 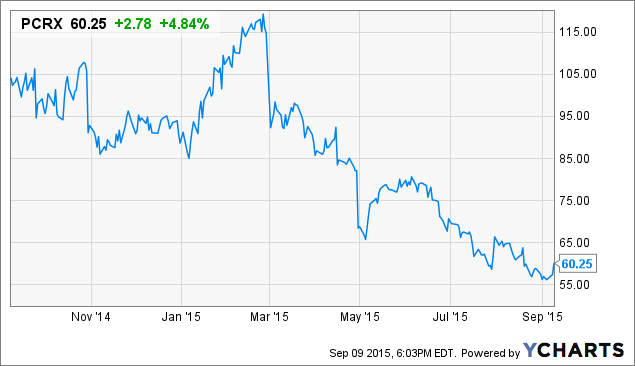