In a research report issued today, Pacific Crest analyst Brad Erickson weighed in with his views on the electric vehicle giant Tesla Motors Inc (NASDAQ:TSLA), after visiting its factory in Fremont, which is one of the world’s most advanced automotive factories, containing 5.3 million square feet of manufacturing and office space. The analyst rates Tesla shares an Overweight with a price target of $293, which represents a potential upside of 9% from where the stock is currently trading.

In his research report, Erikson wrote, “We were encouraged to see Tesla’s new body line (called Body Line 2) beginning to pilot Model X shells, and we view this as a good sign toward the company being able to launch the vehicle “on time.” Compared to Body Line 1, the sheer size and greater number of production robots (we’d estimate 3x to 4x) was evident, and we couldn’t help but notice several buses worth of new employees receiving training for the new line. To say the mood in the factory is one of “gearing up” would be an understatement.”

The analyst concluded, “We continue to expect the X launch sometime in September and would expect investor optimism to grow into this launch. Further, with strong initial reviews (which we think are likely), this could certainly prevent a “sell-the news” type of scenario.”

Out of the 25 analysts polled by TipRanks, 15 rate Tesla Motors stock a Buy, 6 rate the stock a Hold and 4 recommend to Sell. With a return potential of 6.0%, the stock’s consensus target price stands at $284.47. 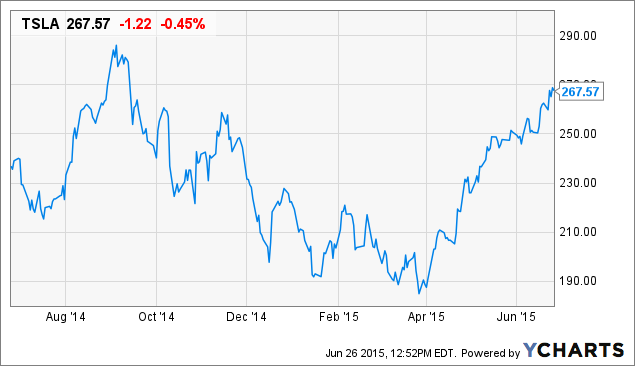