Pacific Crest analyst Monika Garg weighed in with a few insights on Micron Technology, Inc. (NASDAQ:MU) in light of continuing weakness in PC DRAM sales. The analyst maintained an Overweight rating on the stock and reduced the price target to $32 (from $39). Shares of MU closed yesterday at $25.02, down $0.17, or 10.67%.

Garg observed, “We are reducing our F2015 estimates due to continued weakness in the PC DRAM market. We are also reducing F2016 estimates on lower DRAM margins. Lower-than expected PC demand has adversely affected PC DRAM pricing in 1H15.”

The analyst also noted, “We believe the DRAM market has changed. Now with just three players instead of six or seven vendors, the remaining players should produce consistent strong free cash flow. Also, challenges in node transitions should lead to lower bit growth and hence supply/demand balance in the memory markets. Our price target of $32 is based on 10x our F2016 EPS estimate.”

According to TipRanks.com, which measures analysts’ and bloggers’ success rate based on how their calls perform, analyst Monika Garg has a total average return of -0.1% and a 41.7% success rate. Garg has a -19.2% average return when recommending MU, and is ranked #2708 out of 3623 analysts. 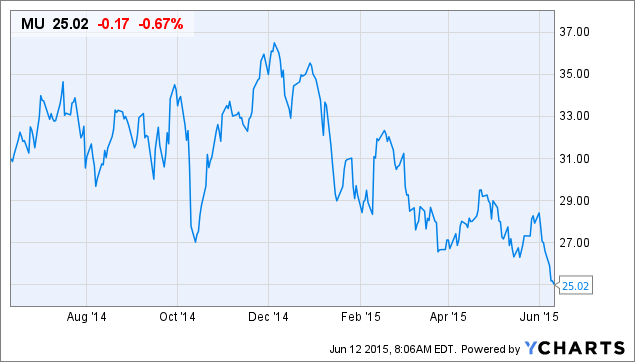