The analyst continued, “OXiGENE’s leading drug candidate, Zybrestat (fosbretabulin), is a Vascular Disrupting Agent (VDA) currently in Phase 2 development in ovarian cancer and seeking guidance from the EMA regarding the completed trial in anaplastic thyroid carcinoma (ATC). Based on positive safety and efficacy clinical trial results to date, we believe Zybrestat could become approved for both indications by 2019. With important clinical data from ongoing studies to be announced in the next 12 months, the potential for a partnership, and $36.3 MM in cash, we believe OXiGENE represents an undervalued player with significant upside for the long-term investor”. 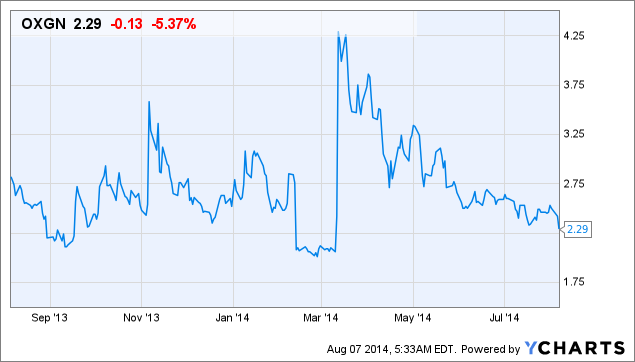