In a research report issued today, Cantor analyst Mara Goldstein reiterated a Hold rating on shares of Sunesis Pharmaceuticals, Inc. (NASDAQ:SNSS) with a $2.00 price target, after the company reported its second-quarter earnings results, posting EPS of $0.12 versus Goldstein’s $0.13 forecast. According to the analyst, there was slightly higher than anticipated R&D spending in the quarter, although this has been declining Y/Y with the completion of the VALOR trial.

Goldstein wrote, “Following recent disappointing FDA guidance that will require new clinical data to be generated before an NDA for QINPREZO can be submitted, we think the company’s assets are likely to be heavily discounted, but without greater clinical clarity in the U.S. and given a financing overhang, the shares are likely to be stuck.”

Furthermore, “Given the need to conduct additional trial work to submit an NDA for QINPREZO, the company’s cash position is a key consideration, in our view. As of the end of 2Q:15, Sunesis had cash of $40 million, which is expected to last through mid-2016. The combination of the need for financing and lack of clarity on the size and scope of an additional QINPREZO trial, suggests that this overhang will persist for some time.” 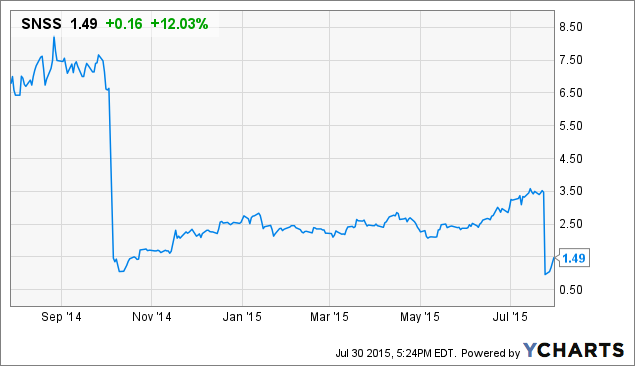