Orbitz’ Agreement With American Airlines Is Incremental Positive For The Stock, Says Cantor

In a report issued today, Cantor Fitzgerald analyst Naved Khan reiterated a Hold rating on shares of Orbitz Worldwide, Inc. (NYSE:OWW), with a $10 price target, following an agreement that was reached with American Airlines.

Khan notes: “We view Orbitz’ agreement with American Airlines as an incremental positive for the stock, given that the swift resolution removes the risk of a protracted, drawn-out dispute between the two parties. While terms of the settlement have not been disclosed, we estimate the impact on OWW’s Y/Y top line growth in 2H:14 at 60-70bps under our base case assumptions.”

According to TipRanks.com, which measures analysts’ and bloggers’ success rate based on how their calls perform, analyst Naved Khan has a total average return of 26.2% and a 85.7% success rate. Khan is ranked #159 out of 3263 analysts. 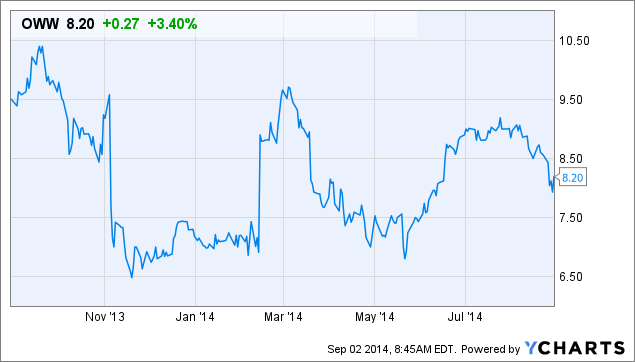 Orbitz Worldwide: We Opt To Stay On The Sidelines, Says Cantor Fitzgerald