Oracle Corporation Is Getting A Bit Better Fundamentally And That Should Lead To A Higher Stock Price: Canaccord

Canaccord analyst Richard Davis weighed in today with his prediction on Oracle Corporation (NYSE:ORCL), as the company is scheduled to report its fiscal fourth-quarter earnings results after the market close Wednesday. The analyst rates Oracle shares a Buy rating with a $50 price target, which implies an upside of nearly 14% from current levels.

Davis wrote, “We expect a highly confident and aggressive narrative about Oracle’s HCM, CRM and ERP efforts, with comments sprinkled with announcements of big wins and perhaps a replacement or two versus the Big Two cloud firms. The question therefore becomes, will investors believe Oracle’s positive commentary and, if so, will that help ORCL’s multiple expand a bit? Inasmuch as we have a BUY rating and have been saying that would happen, you can kind of guess our answer to that rhetorical question.”

The analyst continued, “With enough reinforcement in terms of commentary and an overlay of 50% sequential ARR growth for SaaS and PaaS revenues and “triple digit” yo-y bookings growth, it seems likely to us that at some point soon these data points will encourage the marginal investor to buy more ORCL shares – which in an auction market for stocks, means a higher stock price and by extension, higher multiple.”

Bottom line: “Our positive view on Oracle shares takes the simplified Occam’s Razor approach. Oracle is far from perfect, but it looks to us to be getting a bit better fundamentally on the margin, and that should lead to a higher stock price. It’s not magic, it’s just an educated guess.”

Out of the 34 analysts polled by TipRanks, 22 rate Oracle stock a Buy, 11 rate the stock a Hold and 1 recommends to Sell. With a downside potential of 10.2%, the stock’s consensus target price stands at $39.29. 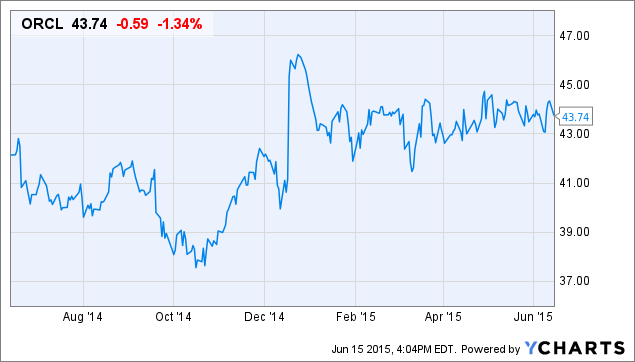