Oppenheimer analyst Ittai Kidron weighed in today with a few insights on QUALCOMM, Inc. (NASDAQ:QCOM), after the Wall Street Journal reported Monday that Qualcomm is expected to conduct a strategic review into its operations that could result in the break-up of the company (a split/sale of Qualcomm’s chip business from its licensing business). The analyst maintained an Outperform rating on Qualcomm stock, without providing a price target.

Kidron wrote, “We continue to believe a QCT split/sale is a low likelihood, but can’t be ruled out. While we believe investors assign much of Qualcomm’s value to QTL, we’re not sure a split really unlocks value. While bundling claims against QCT would be harder to make, much of its IP comes from QTL. raising a question regarding its long-term value as a stand-alone business. Also, an independent QCT would still face many competitive headwinds that would weigh on margins.”

“A purchase, potentially by Intel (which has tried thus far without success to enter the wireless communications market), would be the best QCT exit path, in our opinion. In any case, between Qualcomm’s large cash balance ($29.6B), aggressive buy-back ($15B authorization) and likely pending layoffs, we see upside to the story.”, the analyst added.

Out of the 35 analysts polled by TipRanks, 22 rate Qualcomm stock a Buy, 12 rate the stock a Hold and 1 recommends Sell. With a return potential of 18.4%, the stock’s consensus target price stands at $76.39. 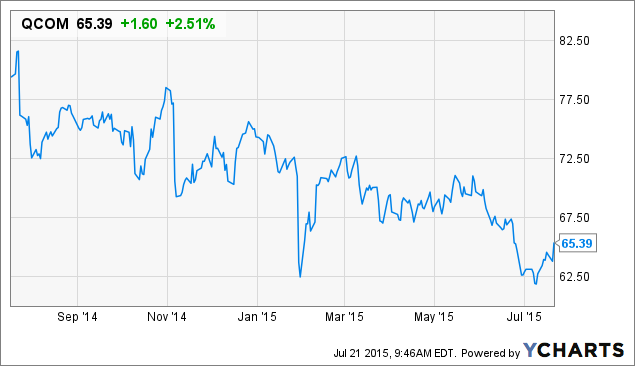