In a research report released this morning, Oppenheimer analyst Ittai Kidron reiterated an Outperform rating on Nokia Corp (NYSE:NOK) with a $12 price target, which implies an upside of 58% from current levels.

Kidron wrote, “Based on our analysis, we expect Nokia to report a strong 4Q14, yet potentially issue disappointing 1Q15 guidance. Our checks suggest that many of the positive 3Q14 trends have carried through into 4Q14, including strong wireless carrier spending in China and the US for Networks, as well as solid seasonal auto sales driving HERE.”

The analyst continued, “Our 1Q15 concern is with wireless carrier spending, which we believe could see a slower than usual season start in 2015. The Networks moderation could make for top-line and gross margin downside, while the potential catalyst from Samsung arbitration results may not come until later in 2015. Put together we’re wary of nearterm downside to the shares, although our long-term thesis remains unchanged.” 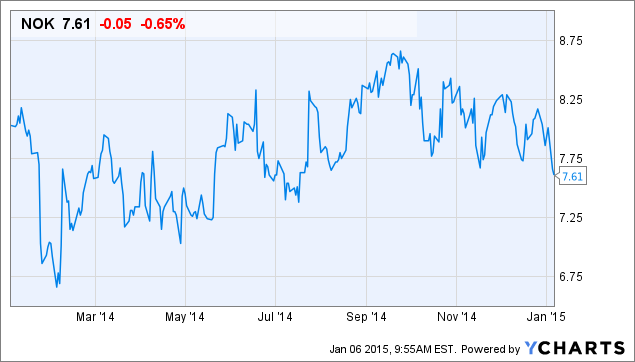