Oppenheimer Sets Expectations On GoPro Ahead Of Earnings

Oppenheimer analyst Andrew Uerkwitz maintained an Underperform rating on GoPro Inc (NASDAQ:GPRO) with a price target of $45, as the company will release its financial results for the fourth quarter after the market closes on February 5, 2015.

Uerkwitz noted, “Our near-term and mid-term view of GPRO remains unchanged through this past holiday season and CES 2015. We believe GoPro will see strong 4Q14 results due to sales momentum for its latest Hero 4 cameras. But we believe 2015 will prove to be a tough year to deliver the same growth the company had before.”

The analyst continued, “Leaving CES 2015, we sensed stronger competition from incumbents and newcomers targeting the action-camera market, but at the same time, we still struggle to believe the market for action cameras can expand significantly when smartphone cameras and software go through faster evolution with performance improvement and technological innovation (e.g., dual-camera module). We raise 4Q14 estimates, but other numbers are unchanged.”

Conclusion: “While we raise our 4Q14 estimates due to sales momentum for new products, we maintain our Underperform rating based on: 1) competition, 2) limited market expansion opportunity, and 3) weakness in ecosystem. Risks to our thesis include better than expected sales and new products.” 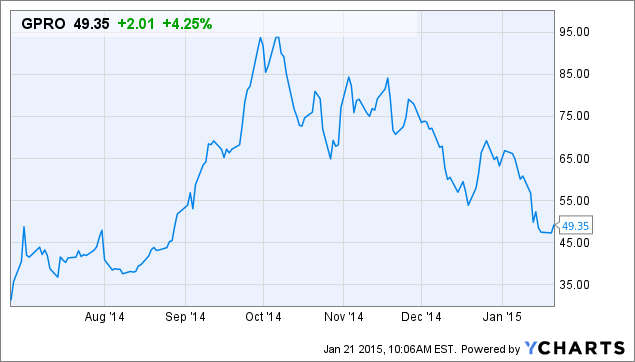