In a research report released today, Oppenheimer analyst Robert Du Boff reiterated an Outperform rating on Whiting Petroleum Corp (NYSE:WLL), after the company announced over $3B in debt and equity financing Monday after the close. Whiting Petroleum shares are currently trading at $30.60, down $7.79 or 20.29 percent.

Boff noted, "While we think the near-term probability of a takeout is minimal, the bolstered balance sheet will enable the company to better capitalize on its industryleading Bakken position. Although the equity sale increases share count by almost 25%, along with further dilution potential from convertible notes, it will also help pay down WLL's revolver, fund any cash flow shortfall over the next several years, and reduce the company's reliance on a planned $1B in asset divestitures."

Furthermore, "The lifting of the liquidity overhang and improved growth spending outlook for 2016 should help narrow WLL's wide P/CF and EV/EBITDA discounts to the broader E&P group."

According to TipRanks.com, which measures analysts' and bloggers' success rate based on how their calls perform, analyst Robert Du Boff has a total average return of 8.7% and a 54.5% success rate. Boff has an 30.1% average return when recommending WLL, and is ranked #1573 out of 3546 analysts. 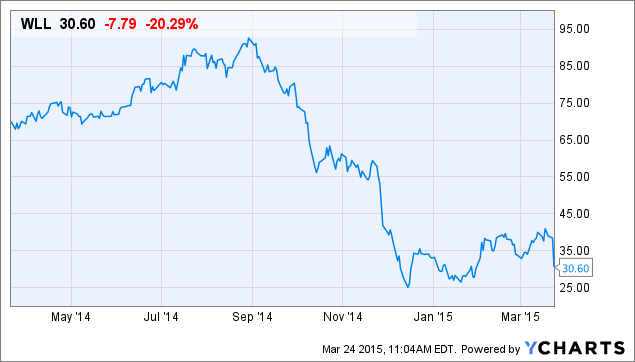