Oppenheimer analyst Rick Schafer  came out with a research report on Intel Corporation (NASDAQ:INTC) after sitting down with SVP & GM of Intel’s Non-Volatile Memory Group, Rob Crooke to discuss the company’s SSD business, and the implications of its 3D NAND solution on the storage market. The analyst maintained a Perform rating on the stock, without a price target. Shares of INTC are currently trading at $31.84, up $0.59, or 1.89%.

Schafer noted, “We view INTC’s push of Enterprise class 3D NAND as a logical progression as it continues to defend its market share in the datacenter. In typical INTC fashion, it is approaching this from a technical and performance perspective. Impressively, INTC has leveraged its JV relationship with memory giant Micron to close the 3DNAND technology gap with Samsung in just five years.”

Further, “INTC expects initial 3D NAND-based SSDs to be adopted in the Enterprise (likely a 4Q15 event), with early adopters likely being datacenter/cloud players given the performance/latency, capacity and power advantages over traditional HDDs. 3D NAND-based Client SSDs likely begin shipping in early 2016, and could help accelerate NAND penetration in NBs from the current 30% level toward ~50% by 2018.”

According to TipRanks.com, which measures analysts’ and bloggers’ success rate based on how their calls perform, analyst Rick Schafer has a total average return of 27.8% and a 79.1% success rate. Schafer is ranked #11 out of 3619 analysts. 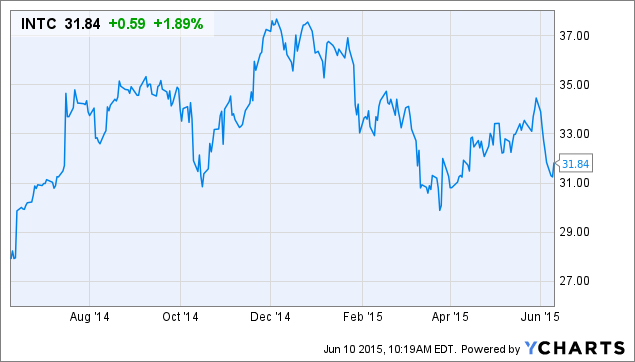