Oppenheimer analyst Akiva Felt offered some commentary on Intercept Pharmaceuticals Inc (NASDAQ:ICPT) following the announcement that it has completed its NDA filing for obeticholic acid (OCA) in primary biliary cirrhosis (PBC). Felt reiterated an Outperform rating on with a price target of $375.00, which represents a potential upside of 56% from where the stock is currently trading.

The NDA filing follows positive Phase 3 data in the POISE study reported last year, with the company seeking accelerated approval based on the surrogate ALP/Bilirubin endpoint. Felt believes that the odds of approval are high. With regards to timing, FDA will accept or refuse the filing in 60 days, at which point it will assign a PDUFA date, likely in June 2016 (i.e., 10 months later). The analyst is convinced that the FDA will almost certainly call an advisory committee meeting, which could take place in late 2015 or more likely 1Q16.

According to TipRanks.com, which measures analysts’ and bloggers’ success rate based on how their calls perform, analyst Akiva Felt has a total average return of 32.3% and a 63.9% success rate. Felt has a 58.7% average return when recommending ICPT, and is ranked #31 out of 3684 analysts. 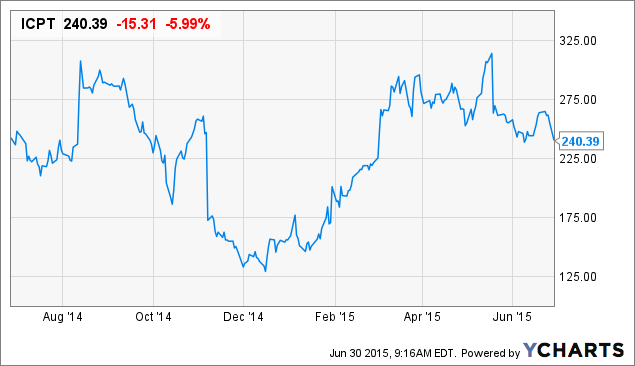