Gheit noted, “Adjusted income of $110M, or $0.28/share, missed consensus estimate of $0.34/ share. EPS was down 71% YoY and 67% sequentially, as lower price realizations, relative to estimates, more than offset sales volume that was in line with guidance. Volumes increased 3% YoY (10% ex-divestitures). NBL delivered record horizontal production with the DJ Basin up 30% YoY and the Marcellus up 95%. It also highlighted momentum in the Eastern Mediterranean, where in the last six months it has executed letters of intent for regional gross daily volumes of >1.5 Bcfd and total volumes of >8 Tcf of natural gas, and in the GOM, where it has maintained flat production from legacy fields and expects production to double by the end of 2016.”

According to TipRanks.com, which measures analysts’ and bloggers’ success rate based on how their calls perform, analyst Fadel Gheit has a total average return of 9.6% and a 62.7% success rate. Gheit is ranked #420 out of 3350 analysts. 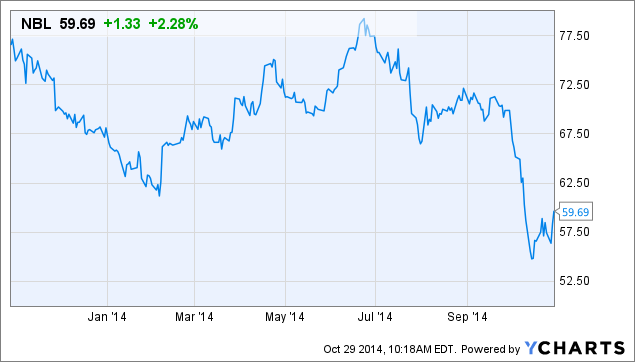 These 3 Stocks Are Diamonds in the Rough, Says Top Financial Blogger