Horan noted, “Positively, management reiterated its 2014 guidance, which suggests that this is the bottom on EBITDA and growth will come from international calling and the texting app, both of which should launch in the next few months; also, the new device sales have greatly improved. Mexico should also begin to contribute to revenue in 2015, along with the SOHO business. We expect solid demand for the new texting product and international calling plans, but have lowered estimates on the delayed launch and for incremental spending on growth. Model is attached.” 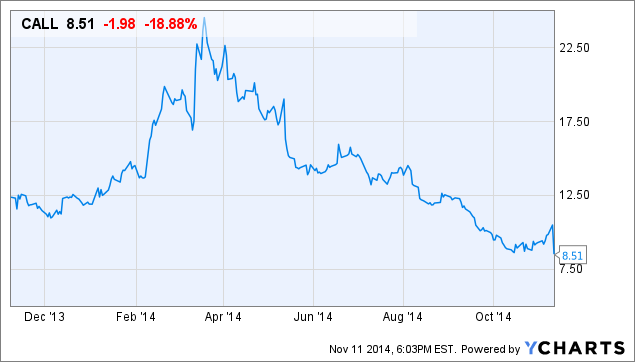