Horan wrote, “Sprint reported a very weak quarter on virtually every front, and EBITDA guidance is approximately 15% below expectations for this year and next. Positively, it appears that gross subscriber adds have improved 20-30% and net adds should be firmly positive going forward. We are lowering FY14E EPS nine cents to ($0.18), and FY15E by ten cents to ($0.16). In our view, the stock remains expensive at ~8.4x FY15E EBITDA, but 2016 growth should be solid. We think the wireless space may trade down on fears of additional price cuts by VZ and T who are now losing flow share to S. Sprint’s responses at this point are limited given its cash needs but it plans to remove another $1.5B of costs in 2015.”

According to TipRanks.com, which measures analysts’ and bloggers’ success rate based on how their calls perform, analyst Timothy Horan has a total average return of 12.2% and a 59.3% success rate. Horan is ranked #656 out of 3358 analysts. 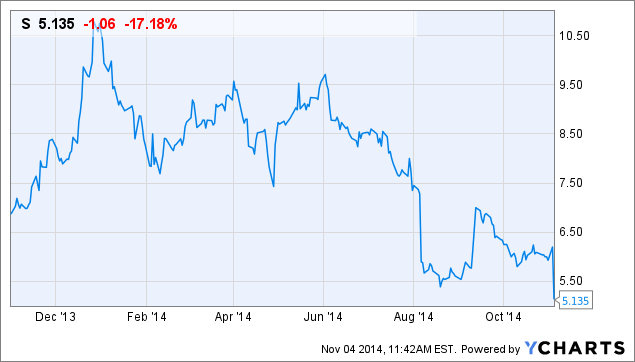