In a research report released today, Oppenheimer analyst Rohit Vanjani reiterated a Perform rating on Lannett Company (NYSE:LCI), while no price target was given.

Vanjani noted, “For the second quarter in a row, Lannett increased F2015 guidance, this time by roughly 6%. F1Q15 marks the seventh consecutive quarter where management has either raised guidance or introduced new guidance above Street estimates. Though one might expect Lannett to remain on autopilot in outperforming future quarters, we are still moving to a Perform rating. The rating change is largely due to valuation, as the shares have traded up nearly 40% over the past few weeks and have surpassed our price target. Furthermore, we have less visibility into the additional upside levers, which we believe must come from either the pipeline, further price increases, an acquisition, or better than expected share retention on digoxin.” 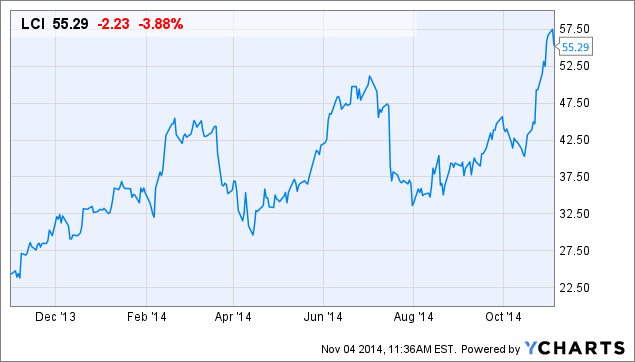