Kidron said, “Results were driven by strength in IP networking offset by soft SAN results. While the recovery in IP is positive, it was driven entirely by US Federal strength with IP networking revenue elsewhere actually declining 3.3% YoY. Overall, we remain cautious as we expect SAN switching revenue to remain rangebound until Gen 6 ramps while we’re still unconvinced about the company’s ability to drive consistent growth in IP considering rising competitive pressures.”

The analyst concluded, “Two months after Brocade’s September analyst day, the company offered no surprises. We remain concerned with the sustainability of cost cuts and the company’s ability to execute on its lofty IP networking business targets. Maintain Perform and tweaking estimates based on results.” 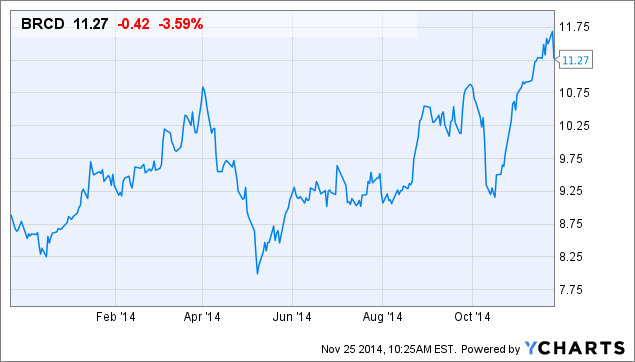 Sector Detector: Stocks break out again but may be running on fumes