In a research note issued yesterday, Oppenheimer analyst Scott Schneeberger reiterated an Outperform rating on United Parcel Service (NYSE:UPS), following the company’s announcement that their ground, air, international, and freight average rate has increased by 4.9%. No price target was assigned.

Schneeberger wrote, “These 2015 rate increases will go into effect on 12/29/14. The timing of the announcement comes a month earlier than it did a year ago (announced 11/21/13) and is consistent with last year’s 4.9% y/y average increase that became effective 12/30/13. It is also consistent with FedEx’s 4.9% y/y average 2015 rate increases (effective 1/5/15) announced 9/16/14. Reiterating Outperform, we look forward to incremental pricing and operational commentary on the company’s 3Q14 results call.” 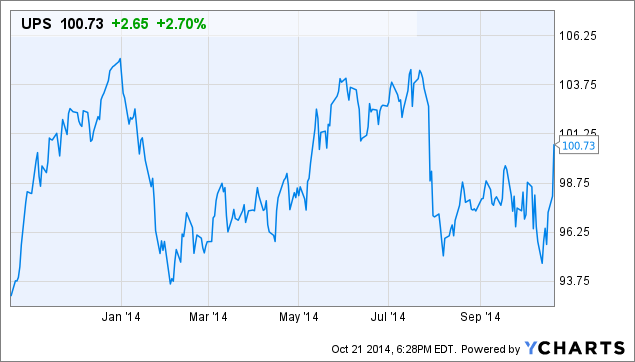