In a research report issued today, Oppenheimer analyst Ittai Kidron reiterated an Outperform rating on Qualcomm Inc. (NASDAQ:QCOM) with a $75 price target, as the company announced that it has reached a resolution with China’s National Development and Reform Commission (NDRC) regarding the NDRC’s investigation of Qualcomm under China’s Anti-Monopoly Law.

Kidron wrote, “Qualcomm has reached an agreement with China’s NDRC, removing a year-long cloud that hurt the company’s operations with China’s device vendors. As expected, the NDRC found Qualcomm violated China Anti-Monopoly Laws and issued a substantial fine (~$975M) and other rectification requirements. Qualcomm will now offer its 3G/4G essential patents separately and at a lower royalty-paying base for the China market (65% of device net selling-price).” 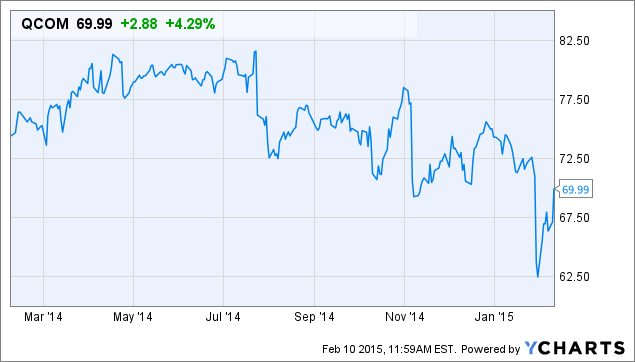