In a research report issued today, Oppenheimer analyst Rohit Vanjani reiterated an Outperform rating on Opko Health (NYSE:OPK) with a $12 price target, following yesterday’s news that the company released successful top-line results from its second and final pivotal phase 3 trial of Rayaldee for the treatment in patients with stage 3 or 4 chronic kidney disease (CKD) and vitamin D insufficiency.

Vanjani noted, “The market again shrugged off positive top-line data from the second pivotal Phase 3 study for Rayaldee, as OPKO shares traded flattish. As a reminder, the company achieved positive top-line results in the first study in mid-August, with management indicating the second study results shadowing the first. OPKO plans on pooling data from the two studies to give more statistical power to the secondary endpoints. The company will file its NDA for Rayaldee by end 2014, and we believe that investors likely anticipate Rayaldee’s ultimate approval. Regarding 4Kscore, the AMA will hold its CPT editorial panel meeting on 10/9-10/11 where it will render a decision on a CPT code. Management continues to anticipate CPT issuance in 1Q15.”

According to TipRanks.com, which measures analysts’ and bloggers’ success rate based on how their calls perform, analyst Rohit Vanjani has a total average return of 42.9% and a 100.0% success rate. Vanjani is ranked #1318 out of 3300 analysts. 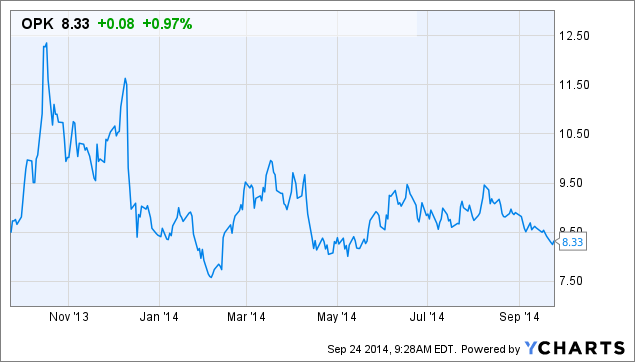