Uerkwitz noted, “While we didn’t learn anything new, we walked away with more confidence in the fundamental opportunities and TASER’s strategy to capitalize. Management reiterated that 2015 would be an investment year as it believes gaining market share will best position the company for the longer term as law enforcement agencies gradually shift from disconnected (often unconnected) evidence platforms toward an all encompassing network.”

Furthermore, “Management believes the company is at the cusp of mass technological change in the way evidence is managed—starting with video storage and tracking. We discussed opportunities that go well beyond just video storage: moving horizontally into interview/hard evidence management/tracking, and moving vertically into document collection, interagency sharing, litigation support, and editing. These new directions will help TASER solidify its reputation as a technology leader.” 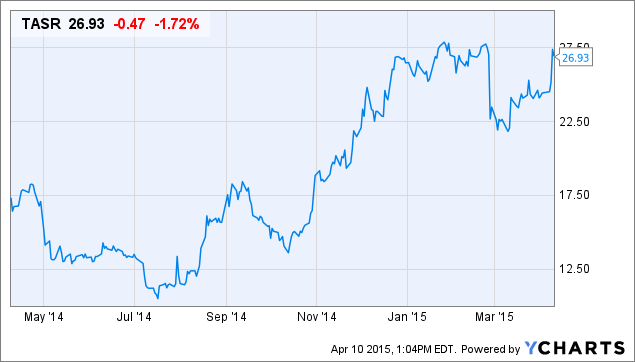 Zack’s Bull of the Day: TASER

We Like TASER’s Price-Maker Position And Opportunity For Long-term growth, Says Oppenheimer