Oppenheimer analyst Rohit Vanjani reiterated an Outperform rating on NPS Pharmaceuticals (NASDAQ:NPSP) with a price target of $40, which represents a potential upside of 36% from where the stock is currently trading. The report follows the company’s third-quarter, posting revenue of $57.2M was in-line with Oppenheimer’s $57.3M estimate but below consensus of $59.8M.

Vanjani said, “With all attention focused on the nature of the Natpara PDUFA delay, NPS provided little detail to the interaction with the FDA. We note that a patient registry of some kind in addition to a typical REMS program would likely last more than the 3 months allotted to the delayed PDUFA action date. Shares of NPSP have traded down roughly 7% since announcing the delay in the Natpara PDUFA, and are down an additional ~3% in the aftermarket, likely on the miss vs. consensus. We continue to believe that Natapra will be approved at the new action date on 1/24/15, but the larger question, in our opinion, remains the market size.”

According to TipRanks.com, which measures analysts’ and bloggers’ success rate based on how their calls perform, analyst Rohit Vanjani has a total average return of 37.4% and a 100.0% success rate. Vanjani is ranked #475 out of 3367 analysts. 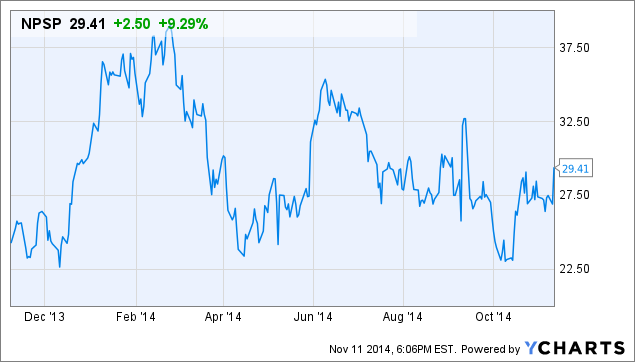