Oppenheimer analyst Jason Helfstein came out with an optimistic view on Netflix, Inc. (NASDAQ:NFLX), as the company’s shares are down 15% from their 52-week high. The analyst rates NFLX a Buy with a price target of $483, which represents a potential upside of 15.5% from where the stock is currently trading. Netflix shares are currently trading at $417.76, down $0.76 or 0.18 percent.

Helfstein noted, “we believe this creates a good buying opportunity ahead of a record number of tier-1 original show launches. History suggests that tier-1 original shows have the highest impact on net subscriber additions. Recall that NFLX did not have House of Cards or Orange Is the New Black when the service launched in France and Germany, as these series had been licensed to cable. However, over the next four months, NFLX will premiere five new shows on a global basis. Last, Google Trends data suggests solid momentum in several major geographies.” 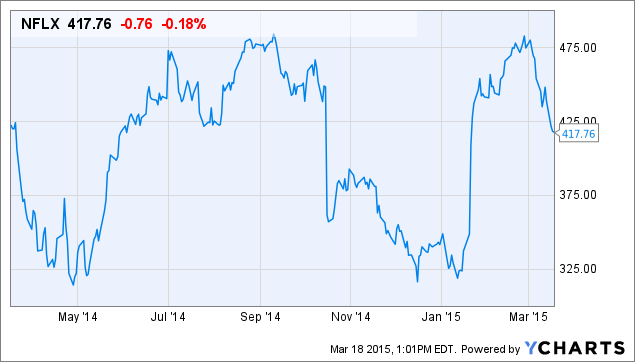