In a research report released Tuesday, Oppenheimer analyst Christopher Marai maintained an Outperform rating on Cytori Therapeutics Inc (NASDAQ:CYTX) with a $10 price target, following the company’s first-quarter financial results and update on its pipeline. 1Q15 EPS was $0.31 compared to consensus of $0.20.With Cytori shares last trading at $4.18, Marai’s price target implies potential upside of about 139%.

The analyst provided a few insights on the company clinical trial progress, stating, “Positive Phase I aldox combination results in second-line demonstrated activity in chemo-resistant patients. We note this readout bodes well for a P3 trial in second-line-STS, as patients are likely to have demonstrated chemoresistance from prior therapy. This adds to prior-evidence suggesting aldox has efficacy in patients who have progressed following doxorubicin.” 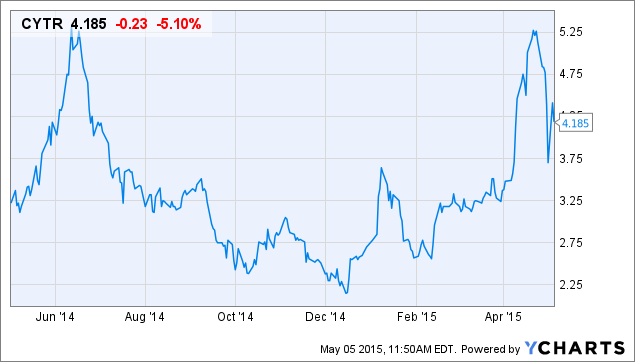