Much of the biotech sector was under significant pressure on increased drug pricing scrutiny following an intraday tweet by Hillary Clinton on plans to better control specialty drug prices. However, Oppenheimer analyst Akiva Felt believes that Antares Pharma Inc (NASDAQ:ATRS) is uniquely positioned to potentially benefit from increased scrutiny of spec pharma pricing.

Felt noted, “ATRS and partner TEVA are awaiting FDA approval of an ANDA for generic EpiPen. Mylan has taken substantial price increases on EpiPen since acquiring the drug in 2007, landing it in the spotlight (Bloomberg story). While the FDA is likely to approve the ANDA, an AB substitutability rating is crucial to spur typical generic erosion. The AB/BX rating decision is a black box, with the FDA able to justify either way, but the pricing debate could very well tip the balance in favor of ATRS and TEVA.”

“Approval of Teva’s generic EpiPen represents key near-term milestone for ATRS, in our view. ATRS stands to receive ~10% of generic EpiPen sales under its agreement with TEVA. Mylan reported over $1 billion in EpiPen sales for 2014, yielding a meaningful potential revenue stream for ATRS,” the analyst added.

Felt reiterated an Outperform rating on shares of Antares Pharma, with a $4 price target, which implies an upside of 118% from current levels.

According to TipRanks.com, which measures analysts’ and bloggers’ success rate based on how their calls perform, analyst Akiva Felt has a total average return of 27.2% and a 53.8% success rate. Felt has a -23.7% average return when recommending ATRS, and is ranked #45 out of 3764 analysts. 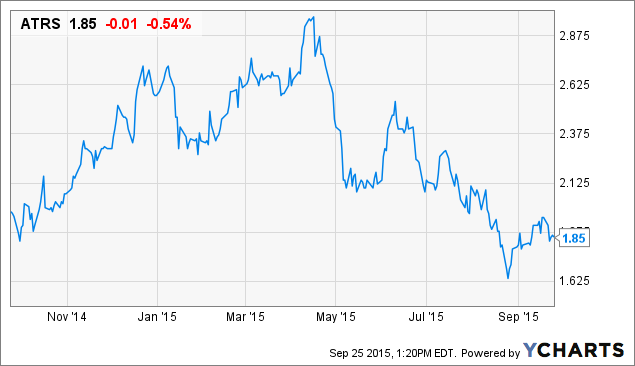