In a research report issued today, Oppenheimer analyst Holden Lewis reiterated an Outperform rating on Cognex (NASDAQ:CGNX) with a price target of $46.00.

Lewis wrote, “CGNX’s 3Q14 EPS of $0.57 beat consensus, but guidance was light. Unlikely to be a catalyst in either direction, the report did got the big things right. Forex is now a drag (we shaved estimates; see sidebar), but demand was good in core factory automation, CGNX still expects more sales chunks in 2015 (a la 3Q14, but not necessarily as big), and new 3D displacement products should contribute through 2015 (we expected back-half). Margins are low in 4Q14 guidance, but basic structure and leverageability are unaltered. Our forecasts reflect stout underlying growth with upside in 2015 (chunk sales) and are above the Street, justifying an Outperform rating.”

According to TipRanks.com, which measures analysts’ and bloggers’ success rate based on how their calls perform, analyst Holden Lewis has a total average return of 2.0% and a 55.6% success rate. Lewis is ranked #1900 out of 3349 analysts. 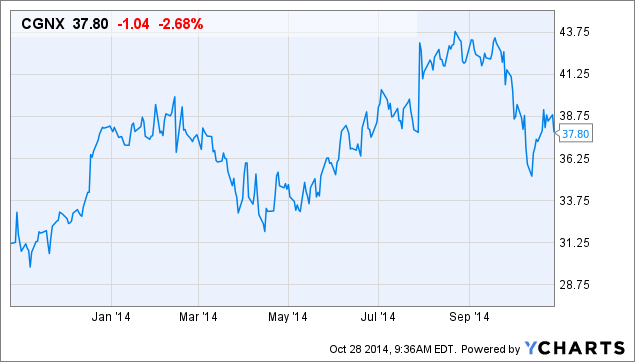 Morgan Stanley: 2 Stocks to Buy (and 1 to Stay Away From)