While shares of Tonix Pharmaceuticals Holding Corp. (NASDAQ:TNXP) keep tumbling following results from the company’s Phase 2 clinical study in patients with military-related PTSD, Oppenheimer analyst Carlos Solorzano remains positive, raising his price target to $13 (from $10), while reiterating an Outperform rating on the stock.

Solorzano wrote, “Although the 2.8mg dose (dose pre-specified for primary endpoint) did not achieve stat sig (p=0.211), the 5.6mg dose had a statistically significant benefit (p=0.031) on PTSD symptoms as measured by the CAPS-5. Additionally, 5.6mg TNX-102 had stat sig effects on other endpoints, including CGI-I and PGIC. We are encouraged by the broad, positive effects of TNX-102 on PTSD and are increasing our PT to $13 (from $10) following what we view as a significant de-risking of the PTSD program. We view the weakness in the shares as unwarranted and reiterate our Outperform rating.”

“We are increasing our probability of approval for TNX-102 in PTSD to 67% (from 37%) following the reported positive Phase 2 data. We are also adjusting our estimated launch date in PTSD to 2020 (from 2019) following guidance on the timing of the planned Ph3 PTSD trials,” the analyst added.

All the 3 analysts polled by TipRanks rate Tonix Pharmaceuticals stock a Buy. With a return potential of 334.3%, the stock’s consensus target price stands at $10.25. 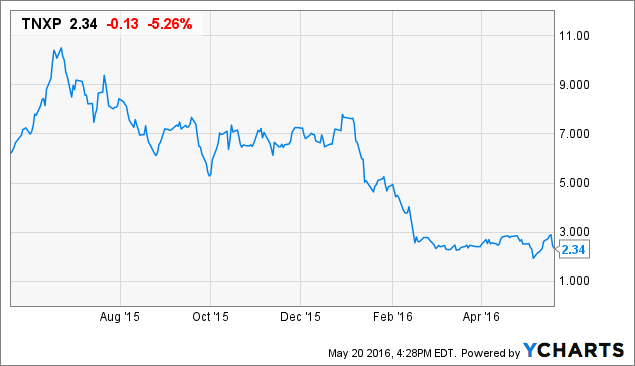