In a research report sent to investors today, Oppenheimer analyst Andrew Uerkwitz maintained an Outperform rating on Apple (NASDAQ:AAPL), and raised his price target to $130 (from $115), on the back of its renewed ecosystem, its significant advantage over any other device platforms, and near term market share gain opportunities.

Uerkwitz noted, “Our bullish thesis on Apple is primarily based on near-term smartphone market share gain opportunities, and its ecosystem advantage that will sustain its device sales growth. We do not expect its new revenues sources such as Apple Pay to contribute meaningfully to the bottom line. We believe the payment market is more difficult to consolidate than the smartphone market because there are more variables such as demographic difference, purchase habit, or financial background at play.

The analyst added, “We view Apple Pay in 2015 is primarily a powerful marketing tool to drive smartphone sales. Its long-term potential, similar to Apple’s any other external partnerships, remains to be seen. However, we do have a positive bias on their success due to AAPL’s aforementioned advantage in ecosystem and the strong network effect that comes with it.” 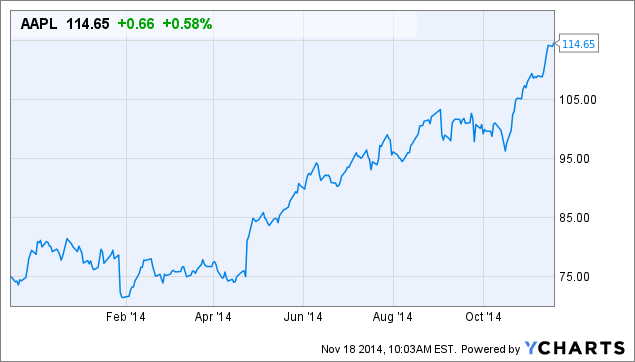