Nochomovitz noted, “Updates at last Friday’s analyst event at NACFC were incrementally positive to the big picture. Key conclusions as we see them: 1) TRAFFIC/TRANSPORT 24-week rollover data place the top-line results in the context of a durable longer-term benefit, 2) FEV1 benefits in TRAF/TRAN reflect a positive therapeutic shift for all patients and were not driven by subgroups/outliers, 3) better exacerbation data (fewer hospitalizations/ IV antibiotics) make 400mg BID the clear favorite commercially, especially given simpler regimen, 4) even if Kalydeco/661 isn’t enough in het-mins, data will help define requirements for 2nd corrector, 5) all genotypes (not just heteros) could eventually benefit from triple combinations, 6) mgm’t suggested we may see deals/collaborations with smaller next-gen corrector players sooner rather than later.”

According to TipRanks.com, which measures analysts’ and bloggers’ success rate based on how their calls perform, analyst Anna Andreeva has a total average return of -1.8% and a 27.8% success rate. Andreeva is ranked #2475 out of 3340 analysts. 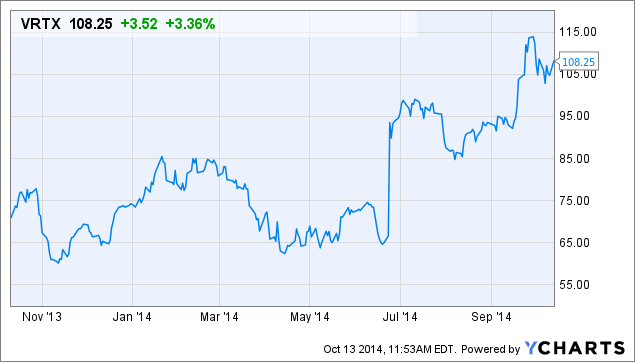